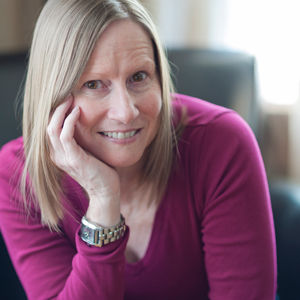 Cyndie Shaffstall has been a member of the publishing, print, and software industries for nearly four decades. Her career spans many interests, specialties, and job verticals, but first and foremost, she is an entrepreneur.

Shaffstall headed down the creative path in 1980, working in print and type shops until discovering the Mac in 1986, and focusing more on the implementation than hands-on execution. As a corporate trainer, her clients included commercial publishers such as United Airlines, Pearson, and the Clarinda Company. In 1992, Shaffstall self-published her first book, QuarkXPress: Making the Most of Your Negative Experiences. After the book was acquired by Peach Pit Press in 1993, she contributed to or authored nearly a dozen more after-market software manuals and created a QuarkXPress video-training series for printers.

Shaffstall founded The World-Wide Power Company, LLC, in 1995 as the world’s first distributor of plug-in technology for applications such as Photoshop, Illustrator, and others. In 1998, she acquired (competitor) XChange US and their publication X-Ray Magazine, which she used as a vehicle to support the launch of QuarkXPress 7. In addition to leading her own company, Shaffstall took on the additional role of consultant to Quark, Inc., as the manager of their international XTensions developer program in 2004, and a year later the role was expanded to include the entire worldwide QuarkAlliance program. Beginning in 2007, she worked at Quark full-time to develop the program both internally and externally, authored QuarkXPress 8: production tricks and expert tips, and completed a 102-video series on QuarkXPress 8 for the Video Training Company.

As the worldwide director of the QuarkAlliance program, Shaffstall was personally and wholly responsible for managing international and local partner relationships and contractual obligations between Quark and third parties, including Apple, Microsoft, Adobe, Atex, and internationally recognized publishers, software companies, and systems integrators.

In 2009, Shaffstall sold ThePowerXChange and in 2010, X-Ray Magazine. With these two projects behind her, Spider Trainers was launched late in 2009, and in 2011, she authored Small-business Guide to Winning at Web Marketing.

Shaffstall invented and was awarded a patent for Sassy Strapps in 2011.

In 2015, Shaffstall again took pen in hand and authored a five-book fiction series titled The Delegates. Available on Amazon, the third book, Willows: The Creole, became an Amazon #1 Best Seller within weeks of its release.

At the beginning of 2016, Shaffstall joined the team of Morph & Thro, LLC—makers of a sustainable line of fitness apparel—as a partner and EVP of Brand and Marketing. She also became a founding partner at Hidden Star—the first organization of its kind created to fund under-privileged and under-resourced minority entrepreneurs.

In addition to an average of 40 hours a week of volunteerism for local organizations such as TRACKS, Save Our Park, Walking Down Ranch, and the Pinetop-Lakeside Chamber of Commerce, earlier this year, Shaffstall announced plans to construct the Discover WMAZ Event Center. The facility, when complete, will be a 50,000-square-foot sporting, wedding, convention, and concert facility in Arizona’s White Mountain region.

Shaffstall is retired and lives in northeastern Arizona with her two dogs. 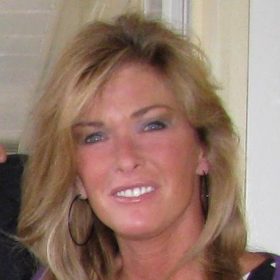 Tami Stodghill has had a long career in publishing, writing, and press relations, primarily as press-relations manager, for London-based XChange UK and Nevada-based XChange US. For more than 20 years, she has been responsible for the PR of leading suppliers of PDF workflow and automation tools, creative and publishing applications, and extended technology products. A recognized expert in the graphics design and publishing industries, she has been responsible for the launch of hundreds of products and professional service offerings of companies the world over. A vocal advocate for animals, much of her personal time is spent caring for and assisting in the adoption of disabled dogs. 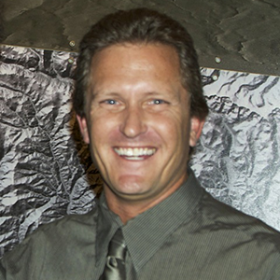 After more than 20 years in publishing and publishing software, Greg Stodghill is an expert at learning, developing, implementing, and supporting — with a unique, learned focus on customer service. His vast experience in customer needs and the solutions that address those needs has been key in laying the foundation for the industry of extensions and plugins technology — to which virtually every software company in the world now subscribes.

Since 1991, Greg has honed his expertise in software support and distribution through interactions with the members of the desktop-publishing and graphic-design industries. His highly specialized acumen has enabled him to counsel the software builders, distributors, and users in scoping, creating, testing, refining, marketing, purchasing, and using software. Greg is a sought-after speaker at trade shows and conferences where he coaches end users in the selection and implementation of appropriate problem-solving processes and technologies. More recently, Greg has capitalized on his technical-support and customer-service backgrounds to develop informative and instructional content for social-media, multimedia, and direct-mail.

[Spider Trainers has] done a great job for Radiology Data. Our marketing programs and social-media presence are much stronger..."